I've met a lot of coaches in Sports Media throughout the years.

There are some that I've maintained good friendships with. 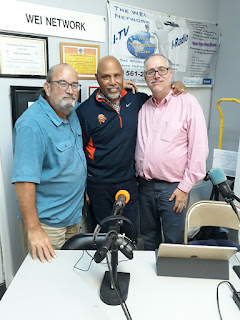 Another coach that has been a big help is former University of South Florida Head Baseball Coach Eddie Cardieri.

The only situations I believe in are win-win.

If these guests come on the Sports Exchange at least once or possibly more and they're selling a book, I will promote them with my various media platforms.

The Tribune profile goes beyond selling a book. We can talk about what they're doing now and promote that or any cause they wish.

I once met Jarvis at the Festival Flea Market in Pompano Beach, FL.

In 2008, we would finally get a chance to work together as I covered the FAU Owls Men's Basketball Team for the Deerfield Beach Observer. 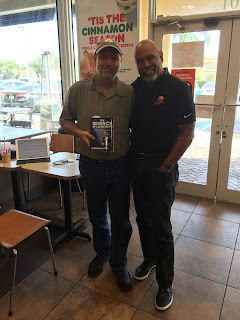 I've been friends with Jarvis for around 12 years.

When he appeared on the Sports Exchange, he provided answers to the simpler and tough questions.

He just released a book called "The Seven C's Of Leadership."

It's about Fulfilling Your God Given Call To Inspire, Influence & Serve.

It's written by Coach Jarvis and Chad Bonham.

It can be ordered at www.coachmikejarvis.com.

Look for Jarvis' occasional appearances on the Sports Exchange.

He's a class act who had a very successful career as a head coach in Men's College Basketball which spanned over 25 years.

In addition to his book, he serves as an adjunct professor for the South Florida Bible College in Deerfield Beach, FL.

Scott Morganroth can be reached at www.scottsports33.com. He's a co-host with Peter Wein on the Sports Exchange Radio Program, which can be found at www.weinetwork.com and Founder of The South Florida Tribune. He's also a member of Detroit Sports Media.
- February 03, 2019

Similarly as with most diversions, the more you practice, the better you will get.안전놀이터

Hey, this day is too much good for me, since this time I am reading this enormous informative article here at my home. Thanks a lot for massive hard work. 메이저사이트

Interesting post. I Have Been wondering about this issue, so thanks for posting. Pretty cool post.It 's really very nice and Useful post.Thanks  오션파라다이스