On Friday Night, The Wisconsin Badgers travel to Tampa to square off against the University of South Florida Bulls at 7 pm at Raymond James Stadium.

I have a family member that is a Wisconsin native and currently lives in the Land Of Cheese.

My sister-in-law Marie has an interesting dilemma because she graduated from USF with a Masters Degree in Communication.

It's really nice that not only are we related but we're both USF Alumni.

Add to the fact that I earned a BA Degree in Communication and the connection becomes even more enjoyable. 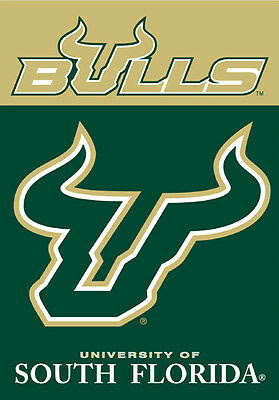 When we texted Marie last night, she answered that "Her Heart Is Divided" and that's where it ended. How can you not be loyal to your hometown with a team that you've followed your entire life?

When the time comes, and I have a feeling that it will whether it be a Bowl Game or a regular season matchup, USF will face the Michigan Wolverines.

Will my heart be divided as much as Marie's?

Probably not as much because when I look at My Class Ring, it resides on my right hand.

It will be with me when I'm laid to rest at Wisconsin Memorial Gardens Cemetery in Milwaukee.

One of My Media Distribution partners for the South Florida Tribune is USF.

Now I'm working diligently to add The Michigan Wolverines because I have a lot of ties to the university.

Plus, I would like to promote U-M in Southern Florida because the Wolverines have recruited heavily in this area.

Twelve years ago, I had another situation like this when I was covering the Florida Atlantic Owls Football team.

They were facing USF in Fort Lauderdale at the now demolished Lockhart Stadium.

When people at FAU asked me who I was rooting for, I was honest and said USF, however, it wouldn't disappoint me if the Owls won.

I added that I really can't lose here but it would be nice if the game was close.

To date, USF does lead the series 3-1. The two universities will meet each other again in 2020 and 2022 in a home and home series.

Former FAU Baseball Coach Kevin Cooney would schedule USF and his pitching coach  was Tony Fossas in 2005, who had ties to USF.

Once again, my heart was divided and I internalized it.

But for those individuals that have this same problem, I sympathize with you.

In the end though, the words "Alma-Mater" are special to me because all of the memories that I enjoyed at a university that I SELECTED and will always be a part of what and who I stand for.

I've got the degree, hats and apparel, etc... and continue to add more when I take the four hour trek up I-75 to visit a great part of my past.

I'm sure we'll be having more of these intriguing family discussions.

Scott Morganroth can be reached at www.scottsports33.com.
He is the Founder and CEO of The South Florida Tribune.
- August 26, 2019