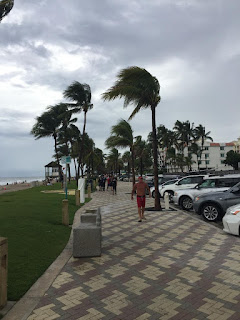 A week ago, all of Florida had to deal with the stress that Hurricane Dorian was about to hammer the state being classified as a Category Five.

The Florida State Seminoles contest vs the Boise State Broncos game slated for 7 pm in Jacksonville was switched to noon and moved to Doak Campbell Stadium in Tallahassee.

There was talk that those that booked hotel rooms in Jacksonville didn't get refunds.

For those that didn't, there were two ways to work through the dilemma.

Either complain to their credit card companies to get the charge reversed, or bite the bullet and stay in Jacksonville to take the 2:26/165 mile drive to the game via I-10 West.

Those that had to drive won't get any sympathy from me.

I drive from South Florida to Jacksonville and cover the Jaguars.

The drive is close to five hours and I use the time on the road to meditate.

As I watched the updates about Hurricane Dorian both on TV and in Social Media, there was one thing that was extremely disturbing.

People were classifying the updates as Fake News.

How do you define Fake News?

I'll tell you how NOT to define Fake News.

By criticizing news outlets constantly, who are predicting where storms are going, is a joke!

I'll never criticize an organization when it comes to their coverage of weather.

Regardless of where you live, weather anchors make mistakes because they don't control what transpires outside.

They risk their lives to inform you. 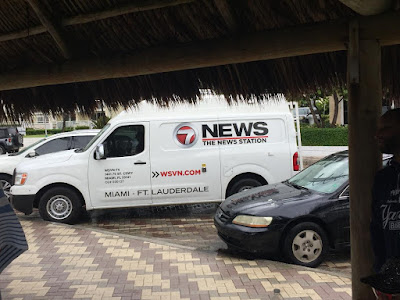 They interpret what information they have, and communicate it to us.

If you've ever heard the cliché's "Better Safe Than Sorry" or "Too Much Information Is Better Than Not Enough," then you get it!

That will explain what our industry is about in today's faster pace, where information is conveyed to us in a mere second, 24 hours a day, 365 days a year.

During these broadcasts, the newscasters and weather anchors are doing their best to motivate us to protect ourselves.

And focus on doing your job!

At two different stages of the football game, FSU vs Boise State, the Seminoles held 24-6 and 31-13 leads.

But in the end, The Boise State Broncos did their job because despite playing the Seminoles in Tallahassee, Boise State prevailed 36-31.

They had plenty of things they could have complained about but kept their focus. What was  originally set as a neutral site game turned out to be a road contest in front of 50,917 fans.

But instead, they give the words "Quit Your Complaining" the true definition of what happens in life too much which many of us use as cop outs when things are going wrong.

The only people that should rightfully be complaining are those in the Bahamas which got pummeled while all of us dodged a bullet.

Scott Morganroth can be reached at www.scottsports33.com and is the Founder and CEO of The South Florida Tribune.